With vivid clarity, I remember the defining moment when I knew I was going to move forward with this dream and calling to be a pastor.

Ten years ago and barely out of college, I had the opportunity to spend twenty adventurous days in Germany with the Cardinal Singers, my choir from the University of Louisville. Over the course of those days, we performed in international competitions, toured villages and famous cities, marveled at castles, and ate our fill of the brötchen we piled high upon our breakfast plates each morning.

It was truly an adventure. But in the midst of it, I was struggling through the angst of upcoming transitions.

Shortly after our return to the U.S., I knew I would move across the country to Austin, Texas with Ian, my newly married husband, and we would both begin graduate school. I would soon be a student at Austin Presbyterian Theological Seminary.

Everything was already set up. Enrollment was initiated. Housing was secured.  Friends and family knew our destination. And our move date had been on the calendar for a couple of months. I was even traipsing around Deutschland with an Austin Seminary tote bag over my shoulder. I was eager for my fellow choristers to celebrate my next steps.

That is, until the day I realized that I didn’t want to move.

It was the day we won an international choral competition. The Cardinal Singers were in a small town with a huge name (Limburg-Lindenholzhausen!) and we won the Harmonie Choral Festival with a perfect score, something that had never happened in the history of the competition. As the awards were announced, we were filled with a sense of gratitude and celebration. We knew we were headed to the Marktoberdorf Chamber Choir Competition next,  and our win felt like great boost in that direction.

After the award ceremony was over, we walked to an area to wait for our bus, and out of nowhere, a torrential downpour sent us huddling under awnings for cover. We shrieked and then laughed in surprise. Though I was initially thrilled about our win, my mood seemed to follow that rain in its quick and sudden descent.

I was filled with swirling questions. Like the other graduates in our choir, I knew I could continue to sing with this group for the next few years. I thought, why would I ever want to leave this dream? Much was going well for us on an international stage, and new opportunities were presenting themselves too. But even more importantly, why would I ever want to step away from this community of people I love so deeply?

I carried these questions and feelings with me over the course of that trip and to our second destination in Marktoberdorf. Then, on a day when these questions were weighing quite heavily upon me, I had an transcendent experience that opened my fears toward trust.

In a particular moment when I was frustrated about it all, I took a walk down the Lindenallee in Marktoberdorf, which was near the place where we were staying. As I huffed with angry resistance, I walked on the pathway between beautiful rows of trees on either side.

This pathway eventually opened to a clearing with gorgeous views in every single direction. To the right, the Alps displayed themselves majestically, and to the left, an immense field displayed itself with the bright, painted colors of wildflowers.

I took it all in, and then, I stopped right here in this place.

And that is when I encountered a deep sense of knowing.

It was a sense of transcendent calm that was quite unexpected, and it opened me up to the possibilities that were coming. No booming words fell from the sky in that moment, but there was a sacred sense of intuition. It felt profound and changed my perspective on this upcoming transition. The new awareness conveyed this: “There are people in this next chapter who you need to know, and without them, you will not fully become yourself.”

I suddenly knew that my upcoming transition was not only about entering an academic institution or initiating a sequence of steps to result in ordination. This transition was ultimately about God’s dream, which included the formative people I would soon encounter and the opportunities I would have to give myself toward the formation of others.

Standing in that field, I decided that I owed it to the community I already knew and loved to become even more fully myself through this move. And that became the defining moment when I knew I was going to move forward with this dream and calling to be a pastor. 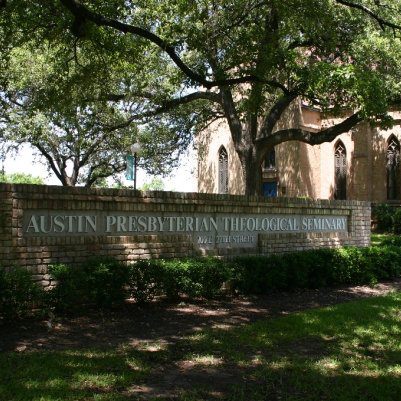 So I did go to Texas. Ian and I plunged ourselves into all the opportunities to enter these relationships, and they were indeed formative.

Over the years that followed, that initial sense of knowing in Marktoberdorf became more concrete. Now, I am aware that there are literally hundreds of names attached to that vision. It was all true: I did need to know those people in Texas, and in an unfolding way, they continued to form me toward the chapters that would soon follow. My seminary years launched me in the direction of serving three congregations, all additionally filled with formative people I would come to know and love.

It was truly an adventure.

But then, recently, I found myself struggling once again through the angst of transitions.

In May, I stepped down from my parish ministry position.

In the midst of that, I began to wonder what might be next on the horizon. Though I was eager to uncover it, my swirling questions were back in earnest too.

For the first time since those days in college, I ventured into an experience of unemployment, and it came with some challenges. I encountered those awkward moments that unemployed people frequently experience at social gatherings with that ever-persistent question. . .

I wasn’t always sure how to answer. Whenever I said, “I’m a Presbyterian minister,” the next question was always, “Oh, which church?”

It was difficult to answer that question without a church. I was a Presbyterian minister living in a liminal space with no community.

Once, when I was on my way to a meetup group, I prepared my answer in advance. In my imagination, I practiced articulating all of the new projects I was working on so I could answer the question. But that was the night I was asked,

Like those days so many years ago in Germany, I found myself trying to grapple with a new way. Similarly, I took many walks and allowed a growing sense of knowing to encounter and shape me. This time, it was more of a process than a sudden, transcendent experience, but a new way started to come into view.

I ventured into the neighborhood.

As I have spent more time entirely outside of a congregational building, I have discovered that there are unique opportunities to connect with others beyond the walls of our churches. Even as a congregational pastor, I knew this and tried to practice it, but new pathways began to emerge once I had no title. I realized I could connect quite deeply with people — especially with those who have become alienated and disaffected from our churches — as a pastor who remains unaffiliated.

I continue to support and value the ministries of local congregations, but more and more, I am beginning to embrace this way personally. I sense once again a new awareness:”There people in this next chapter you need know, and without them, you will not fully become yourself.”

So I want to find them.
I am venturing into the neighborhood.

These days,
I am walking into a number of community groups and joining them.

I am running into the possibilities of new friendships and entering rich conversations.

I am stepping into opportunities to make music and adding my voice to the chorus.

I am marching into protests alongside passionate leaders and wearing my clergy collar on the streets.

Again, I am standing right here.
And I am beginning to embrace this new pathway.

In the Presbyterian tradition, there is a term for a minister who is unaffiliated with any particular congregation. It is usually reserved those who are retired or in-between ministry positions. It’s called “Pastor-at-Large.” In some ways, it can seem like a mere filler title, but these days, I am beginning to embrace it as a legitimate calling.

And I feel alive in this new calling.

Time will tell, but I may continue to choose this deliberately for quite some time.

In the meantime, I choose to embrace the expanse of what is unfolding in this chapter.

So to this time of possibilities,
I say, “Expanse!”

To this chapter of newness,
I shout, “Immense!” 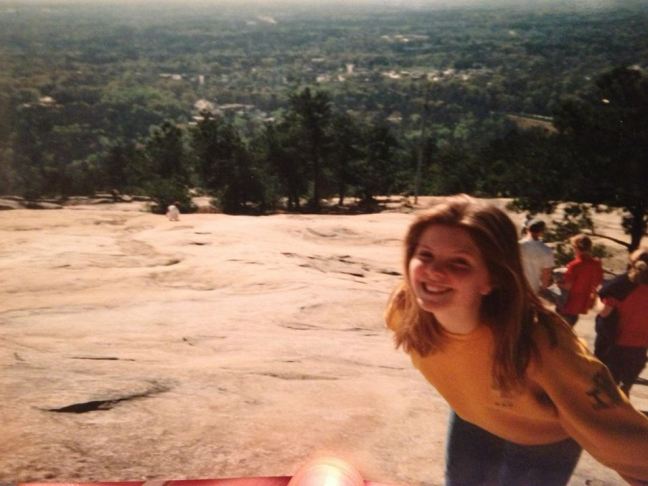 To the neighborhood that invites me,
I exclaim,

To those who who seek their own calling,
I affirm,

And to a wide-open future that beckons,
I acknowledge,

2 thoughts on “Pastor-At-Large: Embracing the Expanse”

Today, This Very One

To Start Your Morning, Here’s a Happy Goat

They Gave Me Water in. a. Bag.