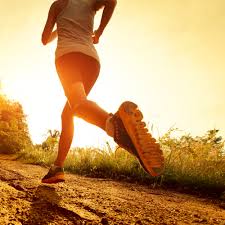 But on the first day of the week, at early dawn, they came to the tomb, taking the spices that they had prepared. They found the stone rolled away from the tomb, but when they went in, they did not find the body.While they were perplexed about this, suddenly two men in dazzling clothes stood beside them. The women were terrified and bowed their faces to the ground, but the men said to them, ‘Why do you look for the living among the dead? He is not here, but has risen. Remember how he told you, while he was still in Galilee, that the Son of Man must be handed over to sinners, and be crucified, and on the third day rise again.’

Then they remembered his words, and returning from the tomb, they told all this to the eleven and to all the rest. Now it was Mary Magdalene, Joanna, Mary the mother of James, and the other women with them who told this to the apostles. But these words seemed to them an idle tale, and they did not believe them.

But Peter got up and ran to the tomb; stooping and looking in, he saw the linen cloths by themselves; then he went home, amazed at what had happened.

When I think about what was happening before this part of the story begins, I can barely fathom the deep devastation that the disciples were feeling. I can hardly imagine their sense of loss. All of Jesus’ disciples, helpers, and friends had followed him for three years of their lives. They left their work, their homes, some of them left their families, and it seemed as though it had all been for nothing.

Their hopes must have seemed truly dashed. They had lived in awe, knowing that life was changing as they followed this Jesus. He was ushering in the Kingdom of God right before their eyes. He was loving boundlessly and healing those who were suffering. They knew they were witnessing something – Someone – beyond anything they could have imagined, but now, their Savior, their loving One, their healing One. . . was lying dead in a tomb. After Jesus was interrogated, tortured, and disfigured beyond their recognition, he was crucified. Jesus died with criminals, humiliated, and his death was painful and long. Their hopes must have felt truly dashed.

I can hardly imagine the fear those disciples must have had. The last 48 hours were terrifying as they watched Jesus’ arrest and death, and surely they knew that they could be next. The gospel stories give us a picture of the disciples together after Jesus’ death, waiting and watching. They hid behind locked doors. Of course, it made sense to do such a thing; they didn’t know what would be next for them. They must have been living in complete terror. I can hardly wrap my mind around that kind of fear.

And so you can imagine how brave and dedicated those women were when they ventured out to Jesus’ tomb very early on Sunday morning. . . They addressed their loss, faced their crushed hopes, and boldly conquered their personal fears as they brought spices to anoint and care for Jesus’ broken and disfigured body.

But as they arrived, they had a new challenge before them. They had to face a new reality that was beyond their imagination. When they arrived at the tomb, the stone was rolled away. They didn’t expect this. Who could be inside? Is everything okay? I wonder if they immediately felt panic within themselves. Perhaps their fearful imaginations anticipated the scene before reality confirmed it. Perhaps they immediately panicked and pictured that tomb empty without Jesus’ body. They had awoken early to anoint Jesus’ body, but had somebody already been there? Could the authorities have stolen him away from them? They went inside the tomb, and the picture certainly would have confirmed their suspicions if they were thinking them. Jesus wasn’t inside the tomb.

The tomb was empty.
Abandoned.

“Why do you look for the living among the dead?”

Why do you look for the living among the dead? Why are you looking for Jesus in a tomb of all places? Your sense of loss is great, it may feel as though your hopes are crushed, and you may be living in fear, but this One you seek isn’t among the dead at all! He’s among the living!

But other the disciples are still living in their loss, dashed hopes, and fear. They can’t imagine it either, and can we really blame them? The scripture tells us that they believed these words to be an idle tale. Perhaps it was too difficult to even try to hope. Maybe it didn’t feel worth it if they might be disappointed again.

But Peter won’t sit idly by. He won’t simply brush the story away like an idle tale. He needs to allow himself to hope. He needs to see for himself. He leaves those fearful disciples and travels to the tomb. And he doesn’t walk hesitantly. He doesn’t keep looking over his shoulder, fearing the authorities. That wasn’t Peter’s means of traveling to the tomb. Peter ran! Peter ran with passion! He got to the tomb, stooped in, and saw what his eyes could hardly take in. Jesus was not in that tomb – only the linen cloths were there. The scripture says that Peter went home amazed at what had happened.

He went home amazed at what had happened.

And so here we are. We are here on Easter Sunday. Here we are hearing the story again. Where are we?

David Johnson, one of my professors from my time at Austin Seminary, once said this: “There are only two Easter sermons: 1. This is extraordinary and hard to believe, but it changes everything. 2. This is a crock, and we have to figure out some symbolic way of making it believable. I’m going with #1.” I have a feeling that most of us would prefer to go that way too, even if it is hard to believe.

Why do you look for the living among the dead?

And yet the Resurrection is infinitely more than some event that mysteriously and miraculously happened more than 2000 years ago. The Resurrection tells us something true about Who God always is toward us. Jesus is our Resurrection. In his resurrected life, he shows us who God is toward us and toward all of creation.

Like Peter we can run to the all tombs of this world and discover who Christ is. Because as Christ goes to the cross, loving even to the end, even to death on a cross, he reveals Who God Is toward us: “When you suffer, I suffer. I will always suffer with and alongside you.”

And as Christ is miraculously raised from death itself, he reveals Who God IS toward us, “I will rise with and for you. As I rise, you will rise. I am resurrection for you and for all creation.”

So on this Easter Sunday, let’s commit ourselves as a community to run to that tomb.

Run to it!
Run to that tomb 2000 years ago!
And run to the tombs of this world: War-torn nations, poverty, children abandoned and neglected, illness, pain, homelessness and so many more tombs, some that you know very personally.

Discover Jesus as the Resurrected One – the One who lives for those in the tombs, raising them to new life – he himself, the Resurrection for you and for this world.

See him alive even right there. And you, servants of the Resurrected One, be his life there. Take this life changing message always and proclaim it.

“We Wouldn’t Want You to Go Hungry”

A Way to Be Culturally Subversive

The Joy of Silly, Spontaneous Memories

I Love This Story About Fred Rogers