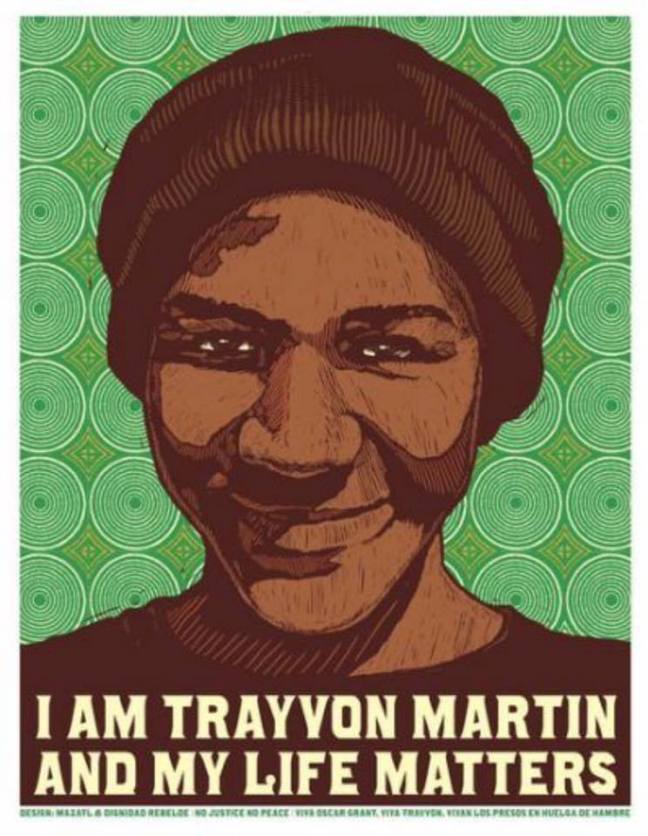 Yesterday, the man who killed Trayvon Martin decided to let the world know he plans to auction the weapon involved in that violent act. Many people were rightly appalled.

The gun has been placed on auction sites and then removed several times now, but this fact remains: We don’t merely have a man willing to profit from the death of Trayvon Martin — a teenager whose life mattered very deeply — we have droves of individuals who would like to purchase such a weapon. This mirrors the practice of selling and sharing lynching souvenirs.

We must speak out and resist this auction.
We must speak boldly that black lives matter.
Trayvon’s Black Life Matters.

Shaun King,
The Man Who Killed Trayvon Martin is Injustice in the Flesh

David A. Love,
Zimmerman Selling a Souvenir of Hate

Today, This Very One

To Start Your Morning, Here’s a Happy Goat

They Gave Me Water in. a. Bag.