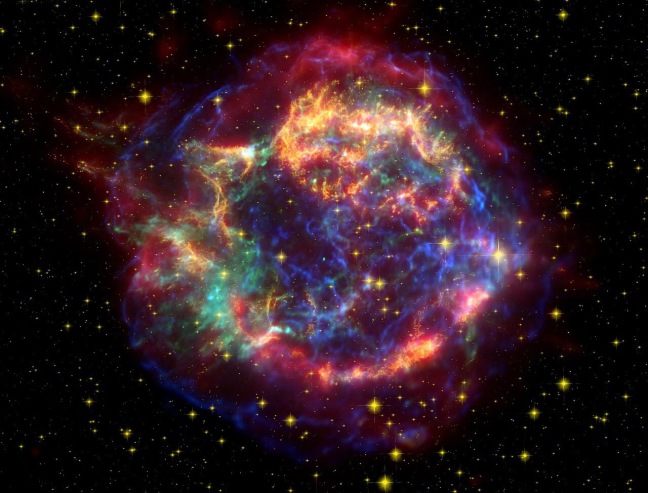 I found myself reflecting upon this yesterday. One of the central celebrations of Christianity is the Incarnation, a conviction that God is not distant from us, but with us. God has been revealed among us as one of us.

This hallows our lives. This illumines the beauty of our humanity.

Perhaps we remember that famous quote from astronomer Carl Sagan, spoken from his groundbreaking series, Cosmos: A Personal Voyage. . .

“The nitrogen in our DNA, the calcium in our teeth, the iron in our blood, the carbon in our apple pies were made in the interiors of collapsing stars. We are made of starstuff.”

Our humanity is forever linked to the earth we inhabit and the universe that has shaped it over time.

Jesus was made of starstuff too.

In the celebration of God-in-humanity, Christianity should love and cherish the earth too. The entire universe, in fact.

“Born of a woman (Gal. 4:4) and the Hebrew gene pool, Jesus of Nazareth was a creature of earth, a complex unit of minerals and fluids, an item in the carbon, oxygen, and nitrogen cycles, a moment in the biological evolution of this planet. Like all human beings, he carried within himself the signature of supernovas and the geology and the life history of the earth. The atoms comprising his body once belonged to other creatures.”

This is worthy of reflection.

Humanity made of earth and star stuff. . .

God has revealed among humanity. . .

This world, this entire universe, is a holy habitation.

These words by Elizabeth Johnson come from in a paper entitled, “Deep Incarnation: Prepare to Be Astonished,” presented at the VI International UNIFAS conference in Rio de Janeiro in July 2010.

I Am Afraid of a Harmless Thing

Suddenly, I Heard My Own Prayer

Choose That Which Is Choosing You

On a Mother’s Day by Wendy Terpstra

Just Take a Pause and Learn about the Dumbo Octopus