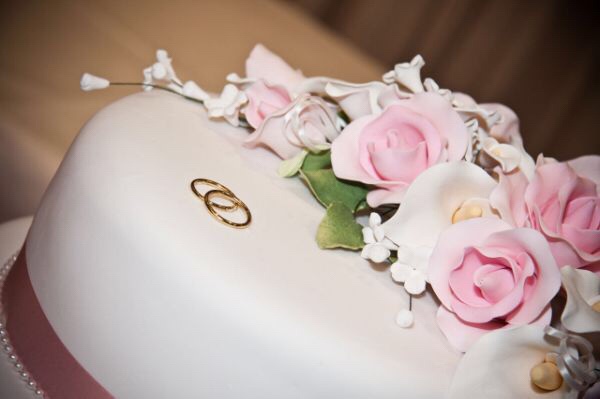 When I was much younger, in my days of being a fundamentalist (Did you know this about me? Yep, started out that way) it was clear to me that sin was serious, and if you didn’t interact with it just right, there could be consequences of eternal punishment and separation.

I still think that sin – that is, harm to ourselves, our neighbors, and our planet — is serious. It has real impacts right here. It is a distortion of who God calls us to be and how God calls us to live. I also think the God who brings us into life is above all loving, and always lifegiving, calling us more and more to the same.

But back to that fundamentalist mindset for a bit. I remember feeling concerned, even afraid, of potentially participating in someone’s ‘sin,’ in a way that might displease God and implicate me as well. So a scenario where you are invited to bake a cake for a same-sex wedding…? If you did that, wouldn’t it seem that you are condoning this kind of marriage? Wouldn’t that displease God? Wouldn’t that implicate you?

For a long while now, I have been affirming of same-gender relationships and marriage. I believe this is faithfulness, care, and companionship, not mortal sin. I also know how much harm – sin – has been done to the LGBTQ community by this mindset of scapegoating, exclusion, and stigma.

But back then, I confess that I used to think and fear in these ways.In the wake of yesterday’s SCOTUS decision, and ongoing efforts to scapegoat, exclude, and stigmatize, I found myself pondering this:

When I (and others I know) made new friendships, asked new questions, and began to change our perspectives on same-sex relationships and marriage, I remember hearing a particular question. “Aren’t you just giving into the culture?” That is, giving into a culture that was becoming more accepting and affirming – a culture that was ultimately ‘Un-Biblical’?

The question was implying that I was being more shaped by the culture around me than the convictions that should be guiding me.

Then, years later, I thought in response… do you think that you (that is fundamentalists) are not being influenced by a culture, including one you are creating, when you focus upon somewhere between 4-6 verses of scripture about same gender sex and relationships (and sometimes out of context) deciding that this is the ‘sin’ that must constantly be focused upon and spotlighted as dangerous, while ignoring hundreds and thousands of verses in other directions?

If you don’t think this is so, why do you not show the same worry about participating in systems that tangibly harm the poor and indeed make people poor? Are there any cake bakers out there who are refusing to provide cakes for CEOs who make 400 times more than their fellow employees – those who are fully employed but on food stamps?

Are there Christian fundamentalists out there who are gut-wrenched about children being separated from their parents at the southern border, who are afraid of participating in this sin? I mean, if you vote in a particular way (or do nothing to hold accountable people you voted for) wouldn’t it seem you are condoning this kind of separation?

I don’t see the same concern.

I don’t believe Fundamentalists are somehow unaffected by culture. Many are indeed pushing for a kind of culture that punishes some and disregards the pain of others.

One thought on “Culture and Cake Baking”

The God Between Us

Metanoia: What Newness Is Seeking You?