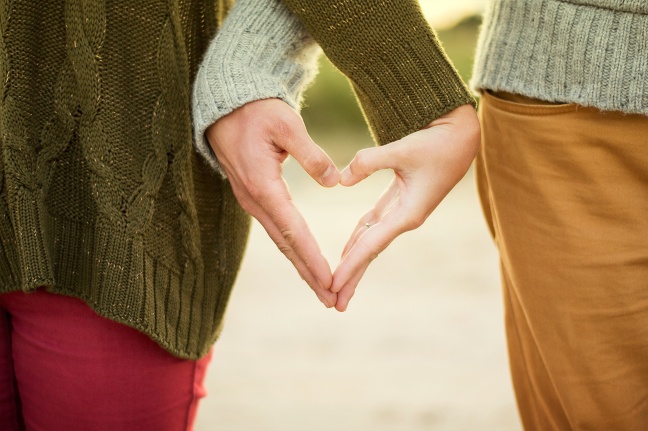 “But why doesn’t God have arms? I just… I wish God had arms.”

That’s what I lamented as we drove through the Texas Hill Country. The scenery was lush with long, green grasses, wildflowers, a creek, and pastures with longhorn steers. But I wasn’t noticing any of that beauty.

At age 26, I sat in the back of a Volvo and felt devastated about David’s cancer. Like a slow moving storm, I was experiencing the kind of lament that hovered over anger and despair in the five stages of grief, not moving much lately, just churning and pouring it all down.

It was all anticipatory grief. David was still with us and was his typical self too — funny, endearingly irreverent, curious, committed; still voraciously reading, still reassuring and loving of me. He was, in fact, concerned lately about how much pain I was feeling in all of this. The anticipatory grief of this particular, impending loss was enormous on its own, but along with it, this seemed to pull up previous losses I had not fully grappled with before. The cumulative grief demanded to be felt.

So feeling invited to do so, I sat in the back of Ben’s Volvo and lamented. I wanted to be comforted in all of this, and God was supposed to be this cosmic force of ultimate love in the world, right? But… was God just… a neglectful parent? Another example of this gnawing absence I was feeling? I mean, what good is a God that has no arms?

Maybe in some ways, that was a silly detail to fixate upon, but fixate I did. Yet in its own way, it was an apt fixation. When grieving like that, who doesn’t want to be held? Not metaphorically — which was my point — but actually held?

The Volvo arrived at Mo Ranch, a Presbyterian Camp and Conference Center in Hunt, Texas. We were there for College Connection, a week long event that in involved play, worship, shared meals, and reflection among college students. I was there to be a volunteer leader, assisting in worship and facilitating a small group.

Though I had not met him before, the keynoter for the week was a very beloved speaker in Presbyterian circles, well known for his work in youth ministry as a pastor and now, as a seminary professor. I heard him speak throughout the week and experienced him to be engaging, deep, funny, joyful, and inviting.

For most of the conference, I put on a face in public and pushed through my own leadership commitments. But privately, I felt miserable. Why doesn’t God have arms?

I just kept lamenting that, which was of course, a symbol for everything I was feeling. Then before the last worship service, I let myself voice that aloud once more.

The keynoter had become a friend during the week, and before that last service, we sat outside the hall, waiting for it to be unlocked so we could set up the space. With time then to spare, he asked me how the week had been for me. So I told him the truth. I talked about David, how much he meant to me, and what a gift he was in my life. I talked about cancer and the devastation of impending loss. I voiced the whirlwind of my feelings, and then, I eventually said it again:

“But why doesn’t God have arms? I just… I wish God had arms.”

The keynoter heard me meaningfully. And somehow, that conversation allowed me to enter that worship space with more vulnerability. This was a healing and wholeness service after all, and I let my public, putting-on-of-a-face fade.

I had a small role in that service. We had a time of anointing one another, placing a bit of oil on the foreheads of those who requested it with prayer. I participated in that. But when I was finished, I walked to the back of the hall and just sat in a chair totally dejected.

My eyes were closed with tears falling down my cheeks, so I didn’t really see this coming. But when he was finished with his part, seeing my sadness, the keynoter came to the back with me. I didn’t see him walk there. I only… felt his arms.

He absolutely bear hugged me. And I just melted into him.

I let the sadness be there, really and truly. But then I smiled. I already knew what he was doing before he said anything aloud.

But soon after he started to embrace me, he voiced it it. With great presence, he said,

“God does have arms.”

One thought on “God Has Arms”

Move Your Body (Side By Side)

Give Yourself a Hug

Listen to the Birds

Out of the Depths

Finding the Intersection of Calling