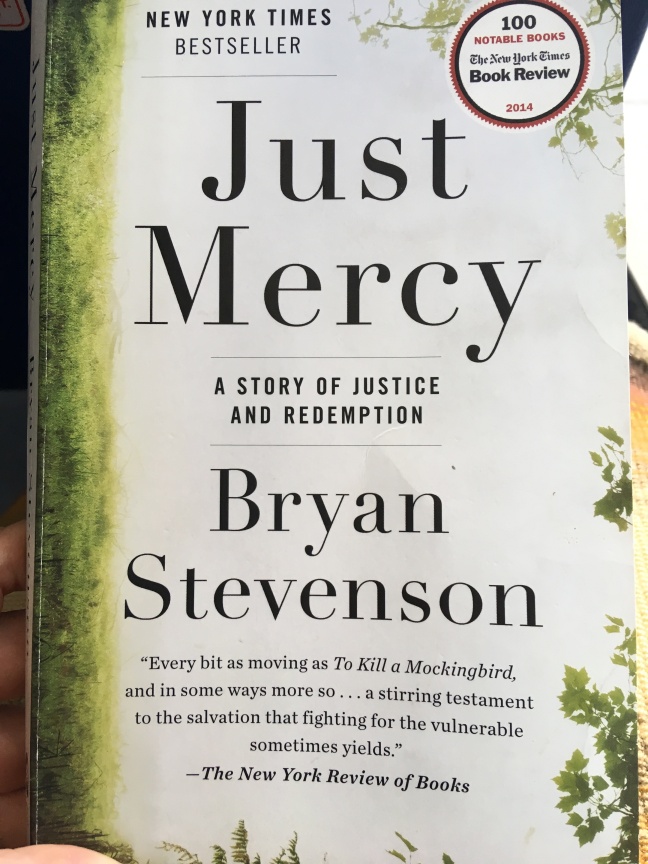 It takes courage to see what is purposefully held out of view.

In addition to making targets out of particular human beings, abusive, unjust systems have ways of keeping that harm out of view. Very often, the broader community is kept from knowing that harm, either because it is held in secret, or because it is removed quite purposefully from the rhythms of their daily lives.

This week, I’m reading Just Mercy: A Story of Justice and Redemption by Bryan Stevenson. It’s difficult, powerful, beautiful, and challenging at once. As I read this, I recognize how much I am not seeing. And I know I do not look often enough or advocate enough.

“When I first went to death row in December 1983, America was in the early stages of a radical transformation that would turn us into an unprecedentedly harsh and punitive nation and result in mass imprisonment that has no historical parallel. Today we have the highest rate of incarceration in the world. The prison population has increased from 300,000 people in the early 1970s to 2.3 million people today. There are nearly six million people on probation or on parole. One in every fifteen people born in the United States in 2001 is expected to go to jail or prison; one in every three black male babies born in this century is expected to be incarcerated.”

“Some states have no minimum age for prosecuting children as adults; we’ve sent a quarter million kids to adult jails and prisons to serve long prison terms, some under the age of twelve. For years, we’ve been the only country in the world that condemns children to life imprisonment without parole; nearly three thousand juveniles have been sentenced to die in prison.”

“We have declared a costly war on people with substance abuse problems. There are more than a half-million people in state or federal prisons for drug offenses today, up from just 41,000 in 1980.”

“Finally, we spend lots of money. Spending on jails and prisons by state and federal governments has risen from $6.9 billion in 1980 to nearly $80 billion today. Private prison builders and prison service companies have spent millions of dollars to persuade state and local governments to create new crimes, impose harsher sentences, and keep more people locked up so that they can earn more profits. Private profit has corrupted incentives to improve public safety, reduce the costs of mass incarceration, and most significantly, promote rehabilitation of the incarcerated. State governments have been forced to shift funds from public services, education, health, and welfare to pay for incarceration, and they now face unprecedented economic crises as a result. The privatization of prison health care, prison commerce, and a range of services has made mass incarceration a money-making windfall for a few and a costly nightmare for the rest of us.”

Of course, we can say that it takes courage to see what is purposefully held out of view, but the greatest courage is found among those who are directly impacted and those who are pushing for criminal justice reform and abolition.

What is being kept from view among us? Can we see it? Can we see the human beings impacted by it? Can we welcome this vulnerability? Can we make ourselves vulnerable to change?

The Sacrament of a Good Question

“You Make Me Wise”

Sitting With It, Discerning Action

Waiting for the Fruit