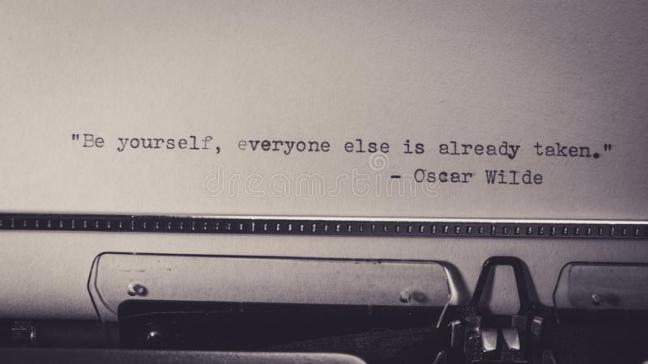 I want to begin this post with four powerful quotes:

Borrowing language from Thomas Merton, Richard Rohr, a Franciscan priest and wisdom teacher, writes frequently about what it means to give up our ego and ‘false self’ to live as our ‘True Self.’ In the midst of writing about that, Richard Rohr says,

1) “You (and every other created thing) begin with your unique divine DNA, an inner destiny as it were, an absolute core that knows the truth about you, a true believer tucked away in the cellar of your being, an imago Dei that begs to be allowed, to be fulfilled, and to show itself.” — Daily Meditations, July 31, 2016

2) “Maybe the journey isn’t so much about becoming anything, maybe it’s about unbecoming everything that isn’t really you so you can be who you were really meant to be in the first place.”

The story of the Chasidic Master Zusya of Hanapoli is told in the Talmud:

3) “Once, the Hasidic Rabbi Zusya came to his followers with tears in his eyes. They asked him:

And he told them about his vision: ‘I learned of the question that the angels will one day ask me about my life.’

The followers were puzzled.

‘Zusya, you are pious. You are scholarly and humble. You have helped so many of us. What question about your life could be so terrifying that you would be frightened to answer it?’

Zusya replied, ‘ I have learned that the angels will not ask me, ‘Why weren’t you at Joshua, leading your people into the promised land?’

Zusya sighed, ‘They will say to me, ‘Zusya, why weren’t you Zusya?’”

4) “Our deepest fear is not that we are inadequate. Our deepest fear is that we are powerful beyond measure. It is our light, not our darkness that most frightens us. We ask ourselves, Who am I to be brilliant, gorgeous, talented, fabulous? Actually, who are you not to be? You are a child of God. Your playing small does not serve the world. There is nothing enlightened about shrinking so that other people won’t feel insecure around you. We are all meant to shine, as children do. We were born to make manifest the glory of God that is within us. It’s not just in some of us; it’s in everyone. And as we let our own light shine, we unconsciously give other people permission to do the same. As we are liberated from our own fear, our presence automatically liberates others.”

How do these quotes connect with you? Do they speak to certain parts of you? Particular roles, archetypes, and identities that lie at the root of who you are? Aspects you want to connect with more deeply? The True Self? The parts of ourselves that “beg to be allowed, to be fulfilled, and show themselves?”

This week I did some reflection about “unbecoming,” as author Paul Coelho writes above. There are times I have tried to place myself in roles that don’t exactly fit me. For instance, my internal framework and concept of what “a community organizer is” has been too narrow to include what my actual strengths are or make space for own my limitations and needs. And… it’s pretty hard to do something well if your framework for that role or task does not include space for your best skills or the necessary grace, accommodation, and adaptation to embrace your own particular-to-yourself needs.

I need to expand my framework and concept for what “a community organizer is.” But as I reflected on that this week, I realized I also need to think about my own particularity. My gifts, my strengths, the at-the-core-of-myself callings. My deep-down, truest parts. The kinds of things that reveal themselves through those quotes above.

So I sat down and asked myself, “What are the roles, archetypes, or identities that are central to me being… me?”

And I wrote down five.

And simply naming them felt utterly invigorating. I don’t know if it was like the Captain Planet of myself coming together or what (a 1990s joke! You should watch this goofy intro!) but this felt powerful. I felt a huge amount of energy and a physical settling into myself.

And literally none of these roles, archetypes, or identities were new thoughts or sudden discoveries. I just loved naming them together. I loved choosing them again. These are the kinds of things I can keep realigning myself with when I get off track (and I do) … returning to again… my actual list… because each of these and all of these are deeply rooted in a calling beyond myself alone… these are the spaces within myself by which I make space for others.

So — you knew this was coming right? — I’m going to invite you to do the same. Ponder this question, and write them down if it’s helpful:

What are the roles, archetypes, and identities that are central to you being… you?