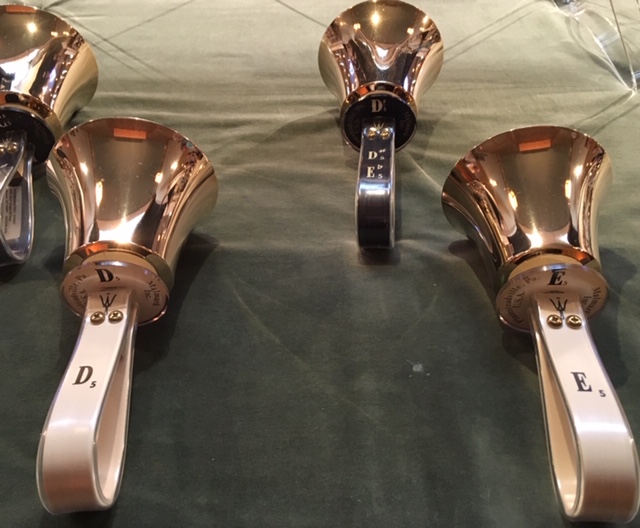 As I shared in post yesterday, I spent last week with Crossroads Presbyterian Church in Mequon, Wisconsin. At one point, while I was meeting with a group, I just happened to tell them the story of how I became a Presbyterian. I didn’t plan on sharing that story, but it flowed quite naturally into our conversation.

In my earliest years, I was raised as a fundamentalist, and I attended Southern Baptist churches. It would have never dawned on me that I would someday be Presbyterian, let alone, that I would one day become a Presbyterian minister. All the leaders in my earliest churches were men, even the people who served as ushers, and even the people who collected the offering. (Sidenote: Once I did become Presbyterian, I was surprised when women walked down the aisles and passed the offering plates. “They can do that here?” I thought?)

One day, when I was in seventh grade, I was sitting in an ugly, orange chair in the cafeteria of my junior high school. I was sitting there with my best friend who was complaining about something kind of overly-specific. Most of the time, we talked about our peers or embarrassing things our parents did — you know, typical seventh grade conversation. One this day, however, my friend was belaboring the point that she was assigned too many bells in her church handbell choir. It was too many for one person!

“Could I join your handbell choir? That sounds fun. Maybe I could help out.”

The next Sunday, my friend asked if I could join the group, and Amy Roth, the director of the bell choir, said yes. All these years later, I think about her ‘yes.’ Never underestimate how much you might provide another person when you simply include them. Sometimes, it can open more possibilities than we would anticipate at the time.

That ‘yes’ was wonderful. I came to my first Sunday evening rehearsal, and I was assigned my own set of bells. (My friend could play less!) And that led to so much more for me. I enjoyed the music and formed new friendships. The youth group met afterward, so I started joining their time together as well.

For a while, I attended worship at my Southern Baptist congregation and then came to hang out with the Presbies in the evening. But over time, that church — St. John United Presbyterian Church — became an additional family to me, and I wanted to be there on Sunday mornings too.

“So the rest is history,” I told the people in Wisconsin. “Two bells — D5 and E5 — made me Presbyterian.”

Then someone in the group said, “You’re not going to believe this, but we need someone to play D5 and E5 this Sunday. Would you be interested in doing that?”

Soon after, I received an email from the Worship Ministry Director asking,

“This Sunday, would you like to be a ringer ringer?”

That made me laugh. I thought it would be wonderful to jump in and play my old bells, the very notes that started this whole trajectory.

Someone once said to me, “Sometimes, life rhymes a bit.” This was certainly one of those moments, and it was pretty great.

“This Is Your Song”