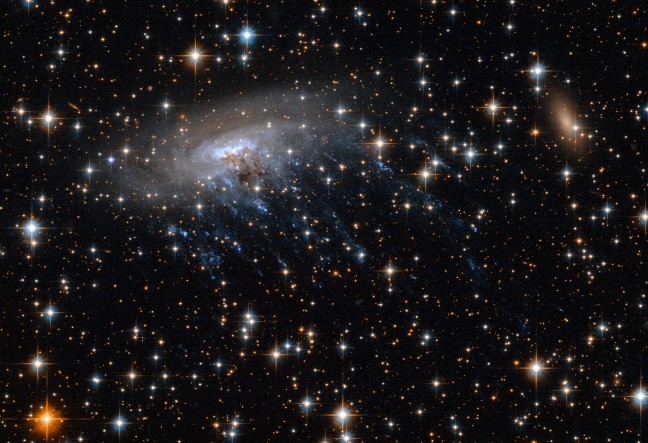 Image Description: This is an image of Spiral Galaxy ESO-137-001 as captured by the Hubble Space Telescope.

In a couple weeks, I’m going to be speaking on a beautiful passage from the Hebrew Bible. The poetic text of Isaiah includes this vision:

And now the Lord says,
who formed me in the womb to be his servant,to bring Jacob back to him,
and that Israel might be gathered to him,for I am honored in the sight of the Lord,
and my God has become my strength—God says,

‘It is too light a thing that you should be my servant
to raise up the tribes of Jacob
and to restore the survivors of Israel;I will give you as a light to the nations,
that my salvation may reach to the end of the earth.’
(Isaiah 49:5-6)

An unexpected vision… one that might be hard to believe? Nearly impossible to believe?

These words were originally spoken to captives — people who had been forcibly removed from their homeland with no obvious likelihood of return. They were stripped of their culture and humiliated. They were traumatized, separated from layers and layers of their identity, and treated as the lowest people. Why should they believe in any form of expansiveness? For their lives? For their community’s lives? For the world?

It is too light a thing…

It makes me wonder how a vision can catch us, unexpectedly, in ways that are hard to believe right when we’re traumatized and feeling broken. Maybe it is also too light a thing to lose vision.