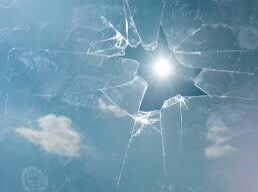 Do you know this saying?

Don’t get me wrong. I support hard work and excellence and all of that, but ultimately, I think this saying is garbage. G.K. Chesterton was known for turning common sayings on their head in order to gain greater meaning from them. He started to say this instead:

That’s better. It may sound strange to our ears, but it’s more life-giving. Because if we think about it, it brings home this truth: If a thing is worth doing, it’s worth doing. Period. No matter the result.

– This saying bolsters people who are willing to try something innovative, even as they recognize the possibility for failure. If it turns out badly, it may be the necessary catalyst for learning. The process or the failure itself may yield insights and discoveries toward the next idea, one that would have never been conceptualized beforehand.

– This saying bolsters people who are pursuing a calling, even as they reckon with the reality that some will place roadblocks in their path. The journey toward any kind of calling takes twists and bends. At times, the these turns are remarkably unfair. At times, they are thoroughly unjust. I do not make light of this. They are harmful — not good. But the calling can emerge in spite of them.

– This saying bolsters people who are willing to tell the truth, even as they recognize it marks them for risk. Whistleblowers come to mind, in particular. There are times when we honestly cannot afford such risks. But when we can, there is life and vitality in speaking truth to power. Even if we do not shift the power entirely, those words of truth are out there in the world. They keep working. I trust that they take on a life of their own, especially as they inspire more people to come forward and speak truthfully.

Finding the Intersection of Calling

We Learn to Love By Witnessing Love

And So We Resound: Mark’s Invitational Gospel

A Lesson from the Past, On Healing — By N.J. Phillips