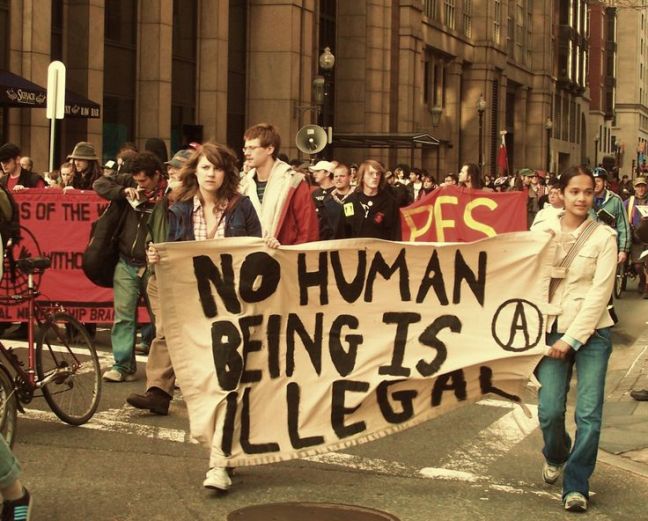 “But they’re taking our jobs.”

Well, this is a weird argument. It’s misinformed and flat out wrong. And frankly, it’s really nasty.

It’s kind of an odd thing to say, really. In this argument, there’s a sense that American citizens, who have papers to that effect (after all, isn’t this really about race and paper status?) are being shut out of the economy because immigrants have jobs.

This argument just doesn’t hold up. If you want to watch a good, short video that addresses some of the myths in this rhetoric, watch what economist Robert Reich has to say.

But beyond the argument being mistaken (and this is most important) it’s just nasty. This argument views immigrants as consistent, undeserving takers rather than viewing immigrants human beings who are our neighbors. It’s morally wrong to separate families and endanger the economic future of fellow human beings. It is morally wrong to sacrifice their lives to the altar of our own mythical superiority. This is xenophobia and white supremacy.

Immigrants — young DACA immigrants and their wider families — should never have to prove their capitalistic value in order to stay in the United States, as if that’s what makes them worthwhile. Immigrants are fully human. Immigrants are our neighbors. They have intrinsic worth, and when we partner together, we can build better communities.

Let’s start there, and let’s build a vision that brings this home.

One of My Fave Things