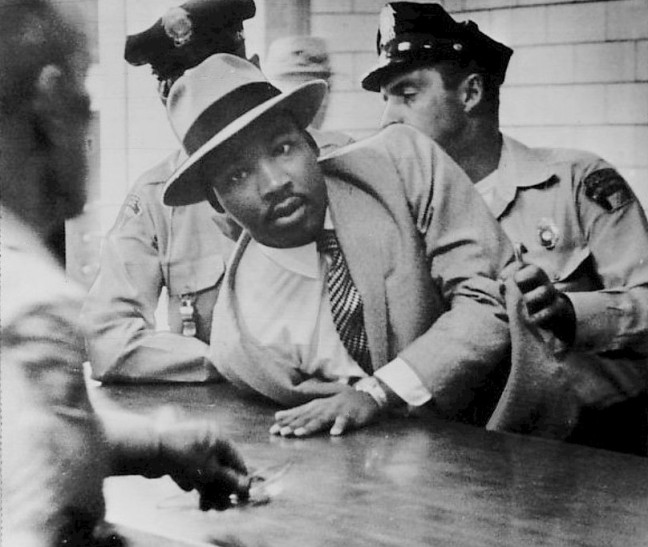 I think this is incredible.

The Presbyterian Church (U.S.A.), of which I am a part, is gathering this week in St. Louis for the biannual gathering of the General Assembly. This is a communal and procedural process by which the PC(USA) makes a lot of its decisions. Sometimes, people bring overtures for consideration which were formulated long before the gathering begins. Other times, overtures for consideration come directly from committee work while gathered together.

Yesterday, a powerful (and surprising!) overture came out of committee and is moving forward. It advocates that the Rev. Martin Luther King Jr.’s Letter From a Birmingham Jail should be added to the Book of Confessions, one of the constitutional books of the Presbyterian Church (U.S.A.).

Dr. King wrote this letter in the margins of newspapers from a jail cell, responding to the criticism of eight, white pastors who claimed he was a troublemaker, saying that they could not agree with his “methods of direct action.” He was arrested for marching without a permit. Dr. King had his lawyers smuggle out the letter, in which he argues that people have “not only a legal but a moral responsibility to disobey unjust laws.”

The letter is very convicting. I believe it could instruct us during a crucial time. It would also honor Dr. King and his influence 50 years after his assassination.

Here’s a story about it: Assembly Urged to Add Dr. King’s ‘Letter From a Birmingham Jail’ to Book of Confessions.

The Sacrament of a Good Question

“You Make Me Wise”

Sitting With It, Discerning Action

Waiting for the Fruit