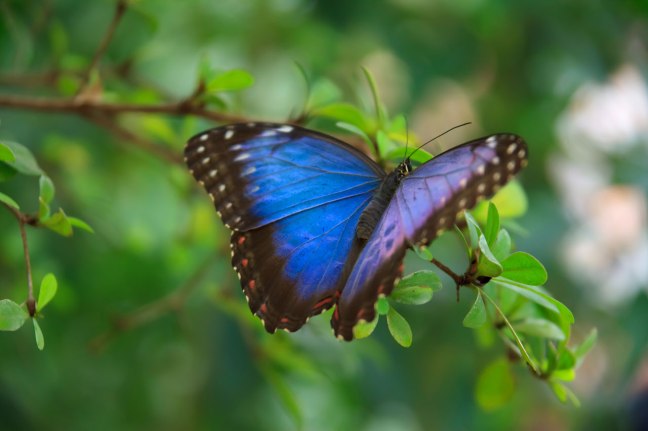 Image Description: A butterfly on a plant with blue and black wings. Public domain image.

I was thinking about the butterfly effect this week, and specifically, I was wondering, is that really real?

Do you know which thing I’m talking about? Sometimes, it’s also called Chaos Theory. Ultimately, it’s a realization that very small actions can lead to very large effects, particularly as they create a series of changes in large systems. The butterfly effect gets its name due to Edward Lorenz. He demonstrated that the flapping wings of a butterfly in one part of the world could ultimately lead to a tornado weeks later somewhere else. Thankfully, this doesn’t happen all the time; otherwise, we’d have tornados and hurricanes everywhere. But the point is this: Tiny, minuscule changes can create complex results in large systems.

It turns out that this theory is true.

It’s pretty astounding, actually. It means that every thing — every action, every interaction — is affecting a whole, enormous host of other things.

In a tumultuous time, don’t underestimate how positive actions can lead to large scale results. Even tiny ones have an effect. Each and every day, what we do matters. What we do this very day matters.

So what kind of change is possible, not only when we act alone, but when we act together?

4 thoughts on “What If The Butterfly Effect Is Real?”

What Does Your Nervous System Need Today?

I Do Not Have a Box