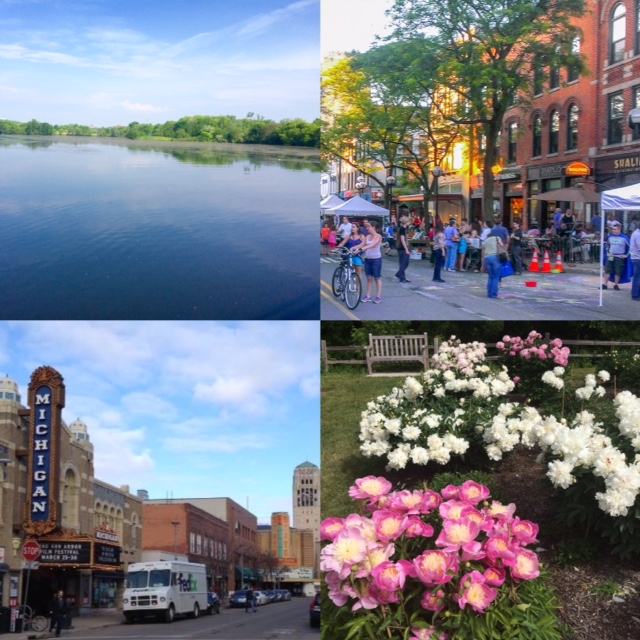 This morning, I had the privilege to speak at Northside Presbyterian Church in Ann Arbor, Michigan. This community has one of the most beautiful, inclusive visions of church I have seen. I’m grateful for the ways this community practices justice and welcomes people so wholeheartedly.

At their request, this address shared some of the unfolding story of Michigan Nones and Dones. This community is meetup group on Meetup.com and was started in Southeast Michigan eight months ago.

I’ve included a recording and a manuscript below.

On that day, I stood at the back of a church sanctuary and waited for a worship service to begin. I watched people enter, and I smiled in their direction. I loved these people deeply. This day was important in my wider community too. Beloved people walked into a sanctuary in Austin, Texas and sat down. Together, we waited for a service to start.

Some worship leaders stood at the back of the sanctuary with me. We had all prayed about twenty minutes ago, getting ready for this service. But suddenly, I noticed that one person was missing.

I was curious, “Where could he be?”

At this point, the organ prelude started. After waiting a few minutes, we walked forward to light a candle. Other worship leaders walked in with me too, and we sat down at the front. We started my ordination service without the preacher of the day.

He was missing, and we couldn’t find him. The service continued with words of welcome and a prayer of confession. At one point, someone went out to find him. All of this was puzzling because he had been with us when we prayed before the service. Finally, during the Passing of the Peace [i.e. the greeting time] he walked up to me and apologized profusely. Not long after that, it was time to give his sermon. As he began, he launched into a hilarious apology:

“Well, I’m sad to start this moment off with an apology. . . I’ve been looking forward to day for months, and somehow, back in December, I had it in mind that we started at 3:00.”

“I’m glad I wasn’t clear across the campus right now. Rather, I was sitting in my old office, just sitting there. And I came out and heard music. I thought, ‘Oh, they’re running through one of the hymns. I don’t think they run through hymns in this church.’”

“This is like a pastor’s anxiety dream! The service starts and you’re nowhere to be found.” He held up the manuscript of the sermon and said, “I do have the sermon. It’s right here!” We laughed some more.

Soon after, he read this story from Numbers.

Though completely unintentional, his late arrival was not lost on us. This story is about elders who had been invited to the Tent of Meeting for an ordination. God sought to place the  Spirit on seventy leaders, but two of them missed it. Eldad and Medad stayed behind. They were late.

Our ordination preacher was late too, but on that day, he shared one of the most convicting sermons I’ve ever heard. He ordained me and commissioned everyone to a particular way of living. He invited us to seek God’s Spirit in the camp.

In this story, Moses had been leading the people with great challenge. They were wandering in the desert. . .They were in transition from slavery to a future they could not know fully. They were hungry, and they missed certain aspects of their life in Egypt. They complained. We can hardly blame them.

So soon after, Moses and the elders they went to the Tent of Meeting. It’s important to lift up what an important day this was. Not just anyone could go inside the Tent of Meeting. This place was associated with God’s own presence. You would think that when they received the invitation, Eldad and Medad would have shown up on time.

But they didn’t. And yet, something miraculous happened. Eldad and Medad, outside of the expected place for the arrival of God’s Spirit, stayed among the people. They were with the average folks in the camp, and the Spirit of God rested on them too. The elders inside that tent prophesied on that day. But so did these two. . . these two people who never showed up in the tent. . .God’s presence and Spirit was among them and with them. God is truly with the people.

God goes beyond us.
God beckons us into new places.

This last week, I attended the 222nd General Assembly of the Presbyterian Church (USA). Collectively, we know we are entering a time of great, religious change in our world. We are experiencing change in our local congregations. We are seeing change within our larger denomination. We are watching what are some are calling a New Reformation in the wider Church. For some, I know that these changes can feel daunting. They can bring up anxieties at times. All of that is understandable.

But I also believe that God is at work, doing something new. God is at work in these changes. We know that many of these changes are connected to shifts in religious demographics. With that in mind, I’d like to tell you a story about something I am learning. These days, I am growing in new ways as we ponder these shifts.

Back in October, I suddenly had an idea.

I wondered, “What would happen if we started a Meetup Group for Nones and Dones?” ‘Nones’ and ‘Dones’ are buzzwords right now in the sociology of religion. By Nones, I don’t mean Roman Catholic Nuns, but N-O-N-E-S, people who are religiously unaffiliated. There are also Dones out there – people who have left established, religious institutions behind, most often Christians who have left churches for one reason or another. I wondered, what would happen if we brought these groups together to talk about spirituality, life, the teachings of Jesus, and our personal experiences? What would happen if we came together?

So I went to Meetup.com, an online platform where people can search for interest groups in their geographical region. People can make profiles for those groups and RSVP to meet people in person. I created a meetup group called Michigan Nones and Dones and described it as a community for people who are “spiritually curious but institutionally suspicious.”

I believe God is up to something in this vision. It has become much more than an idea that popped in my brain. It is now a community – one I never expected.

People started joining. They made online profiles and began showing up in person in restaurants and coffee shops.  The first time we met, we were at Cottage Inn on William Street in Ann Arbor. We didn’t have a huge group. It was just five people there. But two of them had driven from an hour away to come to this. I thought, “Oh, this must be meeting a need, perhaps larger than I realized.”

Then, as we entered 2016, this community had a really powerful moment in January. We were at Sweetwater Coffee and Tea in Ypsilanti. On that day, most people were meeting each other for the very first time. I opened our conversation by describing our group:

This is a community for Dones, people who have maintained a religious identity –
many of them Christian,
but have left established, institutional communities, like churches for one reason or another.

After opening with that, I asked one simple question. In fact, I thought this was going to be the most surface question of the day, but it transformed everything. I said, “How about if we introduce ourselves? Would you tell us your name, and then, do you identify as a None, a Done, something in-between, or something else?” That seemed to cover the gamut.

In that simple question, something magical happened: One by one for an hour and a half every single person around that corner told their story of faith and spirituality. They told these stories in detail. They talked about some of the highest and most hopeful moments in their life journeys. They talked about some of the most painful experiences they had known in churches and other religious organizations.

And though some of that content was very heavy, the room did not feel heavy all. It felt like a great release had happened, and we were suddenly connected on this deep level.

My friends, God is up to something in that!

The Spirit will rest where the Spirit will rest. And that often means beyond us – beyond these institutions and these walls that we have created in our churches. God is out there in the camp too – in Ann Arbor, Ypsilanti, Saline, Chelsea, and Detroit.

God is at work inside our churches, and
God is also at work beyond them.

On that day, I realized that people are ready to tell their stories. Some people simply do not feel comfortable in the walls we have created. Tragically, some of our sanctuary walls have been used in ways that box in and exclude.

People are so ready to talk about their experiences if we will sincerely ask them and respect who they are. Many are ready to share if we will go to them and listen among them.

I think we’re called to way of living.

The Church with a capital C is called to that experience – to go out and speak the good news we have known, yes, but also to listen closely, because there are Eldads and Medads out there who are ready to prophesy to us with their own life experiences. They have forms of spirituality which undergird their lives, and often times, the Church needs their voice of critique and hope.

At the General Assembly, Presbyterians elected a new Stated Clerk this week. His name is the Rev. Dr. J Herbert Nelson, and he is the first African-American Stated Clerk of our denomination. What a powerful, beloved human being he is. . . J Herbert Nelson has worked tirelessly for justice in faithful ways his whole life, and I think he will lead us to wonderful places. During the General Assembly, he said this about the church: “We are not dead. We are reforming. We are alive, and we are well.” I’m excited about that.

I think part of this reformation process includes voices of the Nones and the Dones –
the Eldads and the Medads,
the people in the camp. . .

God is bringing us together in our neighborhoods to change all of us.

So I think we can chase this kind of vision. We can expect God’s Spirit around every corner.

And to close, I want to bring this full circle. As we think about ordination, I want to remind everyone at Northside Presbyterian Church that we’ve all been ordained to this kind of life. Oh sure, some of us have been ordained as elders or deacons, but I’m not even talking about those kinds of ordination.

That’s an ordination we all share. Every one of us in this room has been called and commissioned to an entire lifetime of finding God’s Spirit –
pointing to it,
learning from it,
growing through it,
being alive. . .

And so I would say to each one of us today – we who have been baptized into this way of life – go forward form this place today into these neighborhoods,
because you have a message to share,
and you have a love to give.

And you also have ears and hearts to listen,
to ask those questions,
to live those culminating moments,
to celebrate those convening breakthroughs
when we hear God’s Spirit at work,
not only within us, not only among us, but also beyond us.

2 thoughts on “Nones and Dones: The Beloved Neighborhood Beyond”

“By Just Your Being You”

I’m a Christian and a Socialist

Speak Words Into the Air

The Other, Better Q

The Call to Anti-Racism