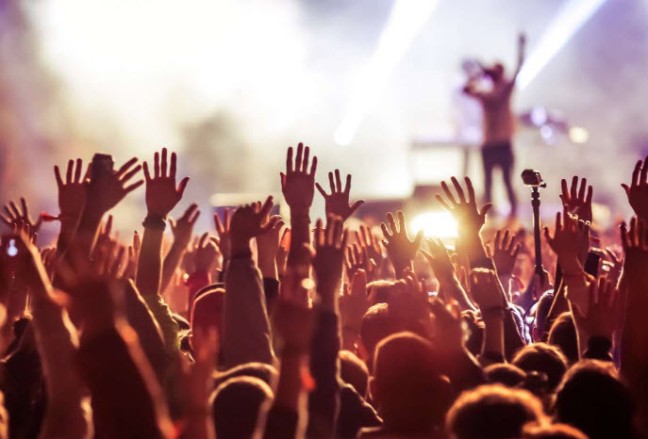 I was once in a band where no one played any instruments.

Well, to be exact, so junior high.

I didn’t go to a middle school. In the quirky-named town of Floyds Knobs, Indiana, our elementary schools went through 6th grade. This placed 7th and 8th graders together in the junior high, which was located in the same building as the high school, but separated enough so that we youngins wouldn’t be too bullied, intimidated, or enamored by our older counterparts.

We lived there in limbo between younger childhood and older adolescence. Just dorky and free. Just awkward and full of ridiculous dreams. Like starting a band when no one played any instruments.

We did this in all seriousness by the way. That’s what makes it equal parts hilarious, precious, and ridiculous. D and H, two of my closest friends, and I joined together in the hopes of starting a band, writing our own music, and really becoming great.

Are you ready for our band name?

Our band’s name was just one, single word….

Yes. We were Wretch — not a cover band, mind you, but a band that wrote its own stuff. And true, none of us knew how to play any instruments… But we would! We would learn! In fact, we even chose assignments. D would play drums, H would play rhythm guitar, and I would play the bass. H and I would split the vocals.

We were so earnest about this.

Oh, also, none of us had money to buy these instruments… But we would! We would find a way!

Instead, for six months to a year — I don’t remember the timing, exactly — Wretch wrote song lyrics. That is something we actually did do. In the evenings, the three of us would write them individually in our own respective houses, then hand them to each other in class or while passing each other in the hallways.

And none of these songs had actual melodies. We would wait to write those when we could play the instruments. I mean, first things first, right?

But why not go ahead and write down lyrical masterpieces? Why not pen a prolific number of songs as potent and powerful as Renee’s own creations, such as the goofy, nonsense song entitled, “Cumulus Cloud” or the remarkably emo classic entitled, “Freak”? (I still have these along with many others. They’re in a folder in storage. I’m not telling you where.)

I suppose at some point, this absurd dream of ours just faded. Only a mere couple of years later, we could laugh hard about our go-nowhere, no-music, barely-teenage, only-song-lyrics band.

But for a while, that dream was alive.

And forever and always, that dream will whisper our name.

One thought on “The Band of Our Dreams”

I’m Going to Ease Your Guilt About Dishes

Nature Is Weird and Wonderful